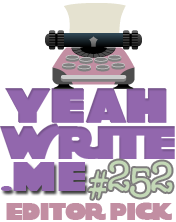 Before I worked from home, I hated commuting. More specifically, I hated the long slog home. It didn't matter if I was driving for 2 hours or fifteen minutes. The journey between my office and my apartment was always a drudge.

My thirties had brought with them the realization that I was lonely. It was a feeling separate and distinct from the nagging depression that had clung like a wet blanket around my shoulders since college. I was living alone for the first time (not counting the cats, of course) and I really felt like something...or rather some ONE was missing.

After a few unsuccessful office flirtations, I let my friends convince me to start online dating. The early results were little disasters in their own rights, but I hung in there...searching. I wanted love and I was willing to put in the work and take some risks to find it.

It was about that time I that began carpooling on Tuesday evenings...with Freddie Mercury.

It wasn't a regular thing at first. The local classic rock station had "Two for Tuesdays" where they would play 2 songs in a row by each band for the day. Queen had a regular slot and it seemed I could count on them to come on around 5:30. The first time they played Somebody to Love, I sang along. I've always loved that song and the way it makes the hairs on my arms stand at attention. Freddie knew my pain.

Before long, it became a weekly ritual. I would make sure I was in my car and on the road by 5:15. I never took note of the other song the radio station chose by Queen for that week. I waited eagerly...some days desperately for my song. It was always part of the set.

Inching through rush hour traffic, Freddie and I put forth our petition. Can anybody find me somebody to love?

It was a cry of hope. It was a prayer. It was sympathetic magic. The rest of Queen were in the back seat singing backup in complete agreement that I worked hard every day of my life and at the end of the day I took home my hard earned pay all on my own.

By the time we got to that part... you know it...where the song repeats again and again Find...Me. Somebody to loooove. Find...Me. Somebody to loooove... every ounce of my soul was behind the words. The widows of my car were tinted by the raw color of my desire as Freddie and I called out to the very Gods for the one thing that would make the daily grind worth grinding.

In the end, Freddie would hit that high note...and I'd reach for it too!

And then it would be over.

The spell cast, the ritual over, I'd crack open the card windows to let the cooling autumn air carry our wish out into the universe. And then I'd start thinking about what to make for dinner.

In the cars around me, other drivers inched by, never knowing the great act of sorcery that had taken place in the Taurus next to them.

This went on for a couple of months at least. That is, until I was just about to give up on the whole online dating thing. That was when I got an email without a picture. He was funny enough that I emailed back. His picture, when he did send one, made me smile. He said he loved me on our first date. 18 days later we were engaged.

I didn't wait for Two for Tuesdays anymore. My commute home was shorter some days as my Wookie and I bounced back and forth between his place and mine. It was a rare thing for me to drive back to my place alone, but then one day I did. And Queen came on. And I waited for the song knowing I'd already found my somebody. But the song didn't come. Instead Freddie sang We are the Champions and I thought, yes we are Freddie.